Britain must spell out how far it wants to diverge from European Union rules if it wants access to the bloc's financial market from January, a top European Commission official said on Tuesday.

Britain has left the EU and access under transition arrangements ends on December 31. Future access for the City of London hinges on UK financial rules staying aligned or "equivalent" to regulation in the bloc.

John Berrigan, head of the European Commission's financial services unit, said Brussels has asked London for more clarification on Britain's intentions to work out what is an "acceptable level" of divergence.

"We are almost ready," Berrigan told the European Parliament.

"There will be divergence... but we have to get some mutual understanding of how much divergence is likely to happen, and is that going to be sufficient to allow us to maintain an equivalence arrangement." 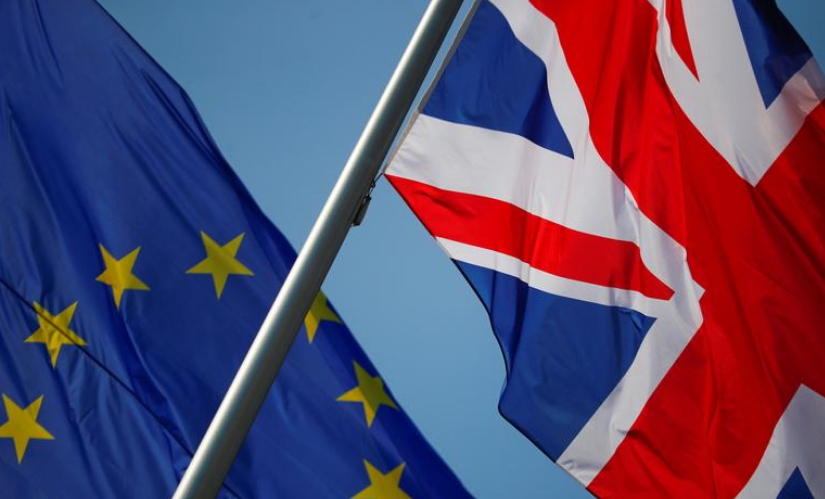 European Union and British flags flutter in front of a chancellery ahead of a visit of British Prime Minister Theresa May in Berlin, Germany, April 9, 2019. /Reuters

Brussels has granted temporary access for UK clearing houses, but chunks of stock and derivatives trading would move from London to the bloc without equivalence.

Separately, Britain and the EU are discussing a trade deal which would contain only limited references to financial services to avoid tying the bloc's hands, Berrigan said.

"We see our regulatory cooperation in the financial services field outside the agreement," he said.

It would consist of a "forum" similar to what the bloc has with the United States to assess potential divergence in rules ahead of time, he said.

"What we don't want is an equivalence regime that is constantly under threat," he said.  "We will need at the outset the direction of travel the UK want to go ... so we don't have to keep talking in emergencies about whether equivalence can be maintained or not." Britain has said that while it won't weaken its high regulatory standards, it won't be a "rule taker" or copy every EU regulation word-for-word to obtain market access.  Berrigan said market participants are generally ready for the "unavoidably fragmenting event" that full Brexit will be in January.  No trade deal would make future cooperation in financial services far more challenging, he added.