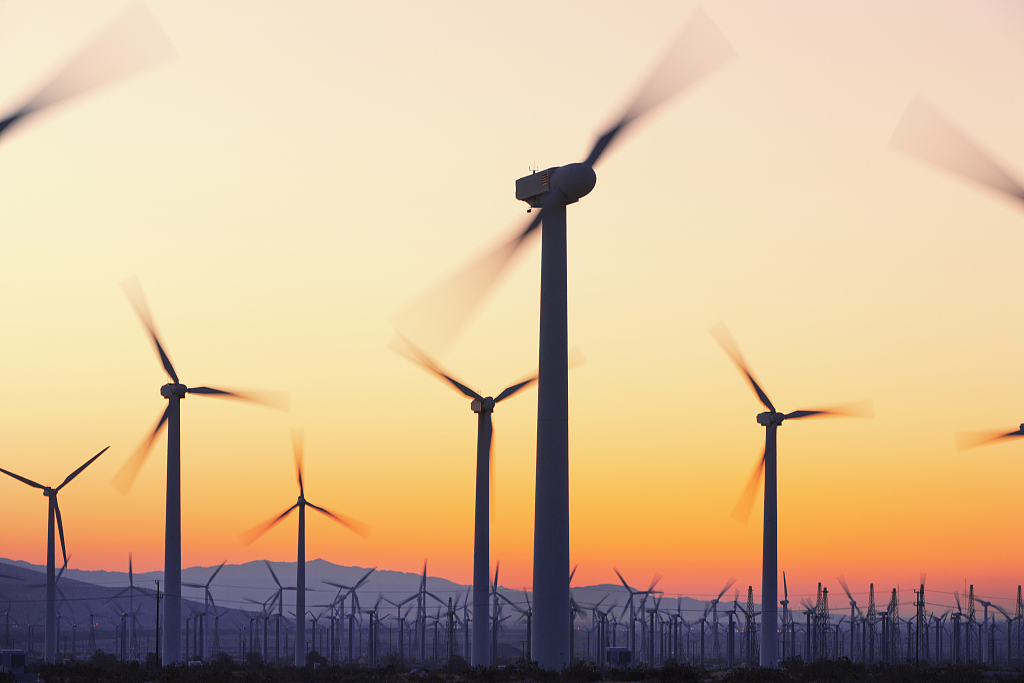 Renewable energy sources, such as wind power, are set to become the largest source of electricity generation worldwide by 2025. /CFP

Renewable energy installation will hit a record high in 2020, according to the International Energy Agency, as the fossil fuel sector crisis continues amid the COVID-19 pandemic.

According to an IEA report published on Tuesday, almost 90 percent of new electricity generation in 2020 will be renewable, with only 10 percent powered by gas and coal. The trend sets green electricity on target to develop into the largest power source in 2025, displacing coal, which has reigned for the past 50 years as the top energy source.

The IEA's Renewables 2020 report concludes that, while other fuels have struggled due to the coronavirus pandemic, the market for renewable energy sources has proved to be "more resilient than previously thought."

As prices are set to fall for the energy source, solar capacity in particular is described by the IEA as offering the "cheapest … electricity in history" and is set to be the key driver of the renewables trend.

In the IEA's main scenario, wind and solar capacity are set to double between 2020 and 2025. The IEA also states that solar and wind overtaking gas and coal capacity are two "milestones."

The increase in capacity means renewables generation will expand by almost 50 percent over the next five years, pushing up its share of electricity generation and "ending coal's five decades as the top power provider," says IEA executive director Fatih Birol.

When this goal is reached, overall renewable electricity generation will be nearly 9.745 terawatt hours (TWh), which is "equivalent to the combined demand of China and the European Union," according to the agency.

The IEA expects renewables to meet the increasing power demand around the world resulting from economic growth, in which 99 percent of the increase in electricity will meet this demand over the next five years. 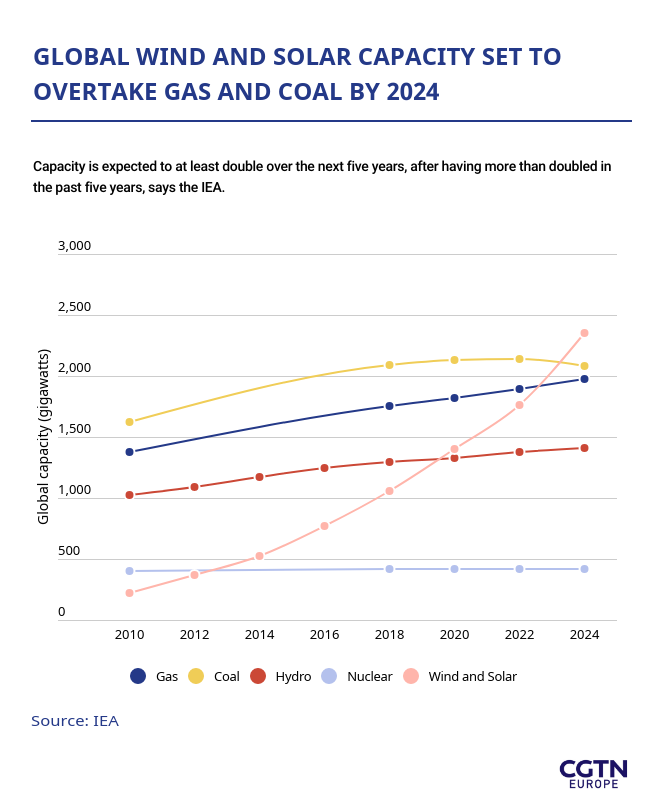 Global energy demand is forecast to be down by 2 percent in 2020 and electricity demand by 2 percent due to the coronavirus pandemic and the IEA has previously noted the health crisis is accelerating the closure of older fossil fuel infrastructure. But consumption of electricity generated by wind, solar, hydro and biomass is expected to increase by 7 percent across the globe in 2020.

The IEA report states that even though the pandemic has impacted the renewables sector, the "fundamentals of renewable energy expansion have not changed," as falling costs and policy support mean the energy form is continuing to grow.

CLICK: SCIENTISTS REVEAL PLANS TO BUILD A CITY ON MARS BY 2100

The IEA's main case scenario recorded a record-breaking 198 gigawatt increase in renewable capacity this year, mainly a result of developments in China and the U.S. rushing to take advantage of incentives that expire at the end of 2020.

In 2020, Europe and India are set to lead a "renewables surge," driven by "green recovery" funding and renewable energy targets.

However, the IEA predicts a small decline in rate capacity additions in 2022 in comparison with 2020 due to the expiration of existing incentives and uncertainties. The key policies coming to an end include China's offshore wind and solar subsidies and the solar and onshore wind production tax credits in the U.S.

"Renewables are resilient to the COVID crisis but not to policy uncertainties," says the IEA's Birol. 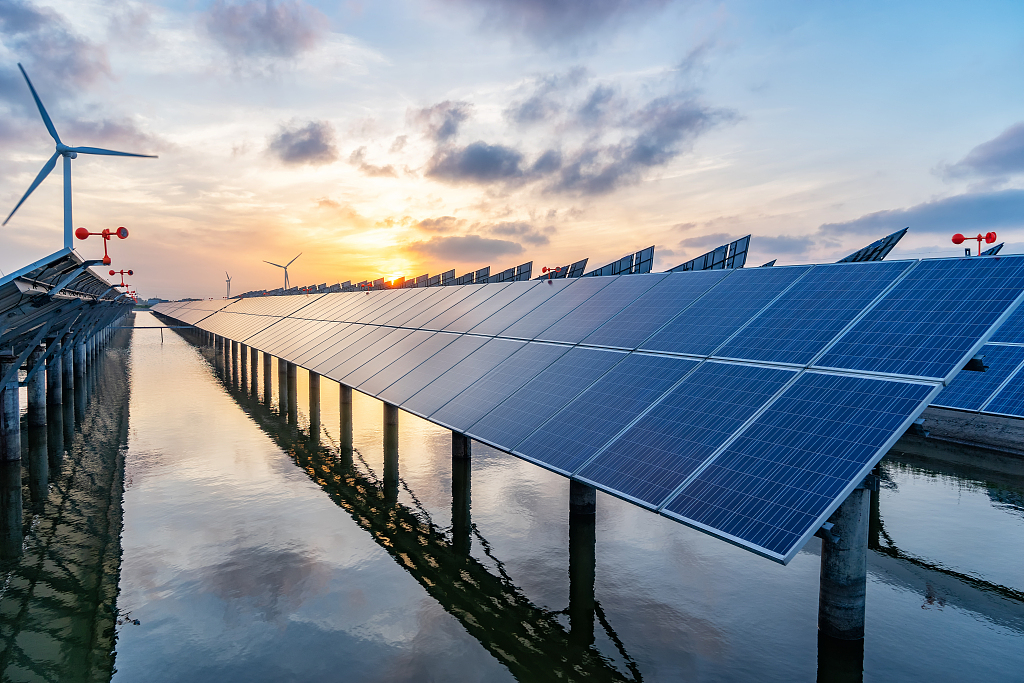 The Paris-based intergovernmental agency anticipates a 1,123 gigawatt increase in wind and solar that would mean these power sources overtake gas capacity in 2023 and coal in 2024. /Visual China/CFP

But positive predictions for the future of green energy don't mean that funding has stopped for fossil fuels.

New data from an independent report show that G20 nations have committed more than $230 billion in COVID-19 recovery funds towards "dirty" energy. This is in contrast to the $150 billion planned to be put towards clean energy.

Despite repeated pledges to end subsidies for oil, gas and coal, the report from the International Institute for Sustainable Development, Overseas Development Institute (ODI) and advocacy group Oil Change International, says G20 recovery spending would likely "undo the little progress made between 2014 and 2019."

The report called for public money committed for fossil fuels to help economies recover from the COVID-19 crisis to have green conditions attached to it, in which governments support more sustainable areas such as health, social support and clean energy.