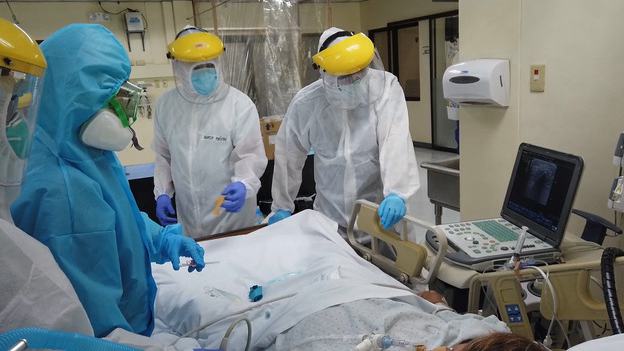 Rows of patients have lined up at the screening tent outside the Lung Center of the Philippines, and everyone is filling up a health declaration form and has their temperature checked. The hospital has resumed its non-coronavirus consultations since the pandemic struck last year.

The hospital is the country's premier health facility, specializing in curing and preventing pulmonary diseases.

Dr. Edmund Villaroman, the country's premier thoracic surgeon, said it had been almost a year since he last saw his patients battling lung cancer. "We couldn't do any more curative interventions but more palliative. The outcomes of cancer patients were not good because of the pandemic," he said.

The hospital's focus during the peak of the pandemic was treating COVID-19 patients. The first wave of infected people rushed to the hospital's emergency room.

Dr. Villaroman said that of his 16 years in practice, nothing prepared him for the pandemic. "It was shocking, to say the very least, we weren't prepared it was going to happen. No one was," he said. 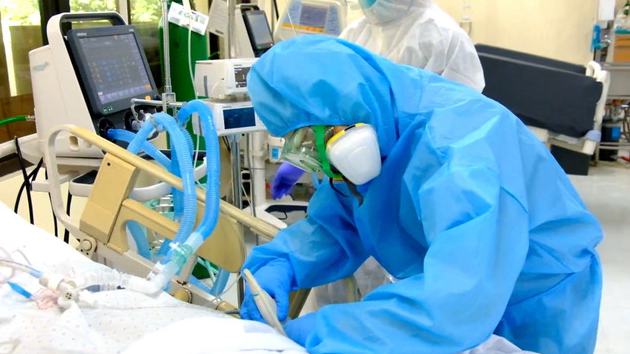 The first thing that Dr. Villaroman checked before resuming the treatment was the hospital's supply of personal protective equipment or PPE. He said they only had 100 PPEs available.

They also didn't have enough ventilators and hospital beds to accommodate all the critical patients. Some of his colleagues also got infected, which thinned out the hospital workforce.

The management of coronavirus diseases at that time was non-existent. It was all done by trial and error. "There were so much doubts and so many questions; some were using hydroxychloroquine which later on was proven to not be effective," Villaroman said. But despite the odds, they did their best to treat helpless patients.

It was heart-shattering for all the hospital staff to witness frequent deaths of patients. Critical patients longed to see their family members say their last goodbye. They help them to bid farewell through video calls. Doctors and nurses were at their bedside, trying to comfort them until their last breath.

Dr. Villaroman was saddened when a young doctor succumbed to the disease. "That was sad when a fellow frontliner who took the risk of managing patients was stuck by COVID," he said. 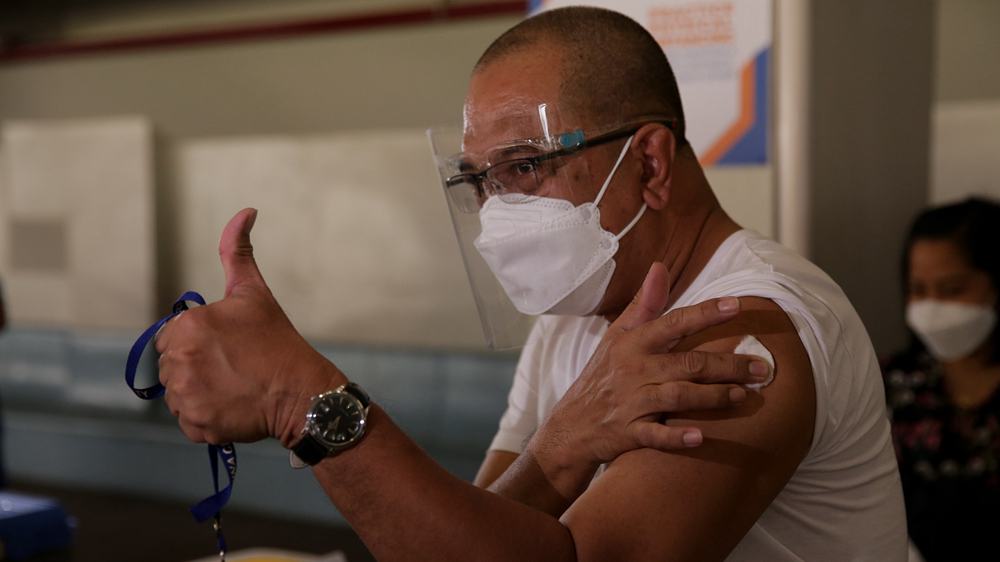 A man gives the thumbs up sign after getting inoculated with the Sinovac COVID-19 vaccine at a sports stadium in Marikina City, east of Manila, the Philippines, March 2, 2021. /CFP

A year on to the pandemic, many lives were lost, and lessons were learned. Dr. Villaroman said that the medical community has made progress in the treatment of the disease. There are now antivirals that can save lives.

"The world is exchanging their experiences, their data on how to manage COVID-19, so we have a better grasp of managing it now. We are more confident in managing these cases," Dr. Villaroman said.

There have been fewer critical COVID-19 patients admitted to the hospital in the past months. But cases around the capital continue to rise with the new highly transmissible UK and South African variants.

Dr. Villaroman remains hopeful that the country's situation will get better in the next couple of months. "Worldwide, the trend is going down; hopefully, it doesn't create another wave," he said.

He also hopes that the inoculation program would stop the spread of the virus. But it will need time before the country can inoculate the majority of the population as the whole world scrambles for vaccine supplies.