Nearly 80 people were arrested and eight police officers were injured overnight on Sunday in downtown Los Angeles after Lakers fans went on a rampage following the team's 17th National Basketball Association championship.  Authorities said more than 30 buildings were damaged in the ensuing violence and 76 people were arrested for vandalism, assaulting police and failure to disperse. 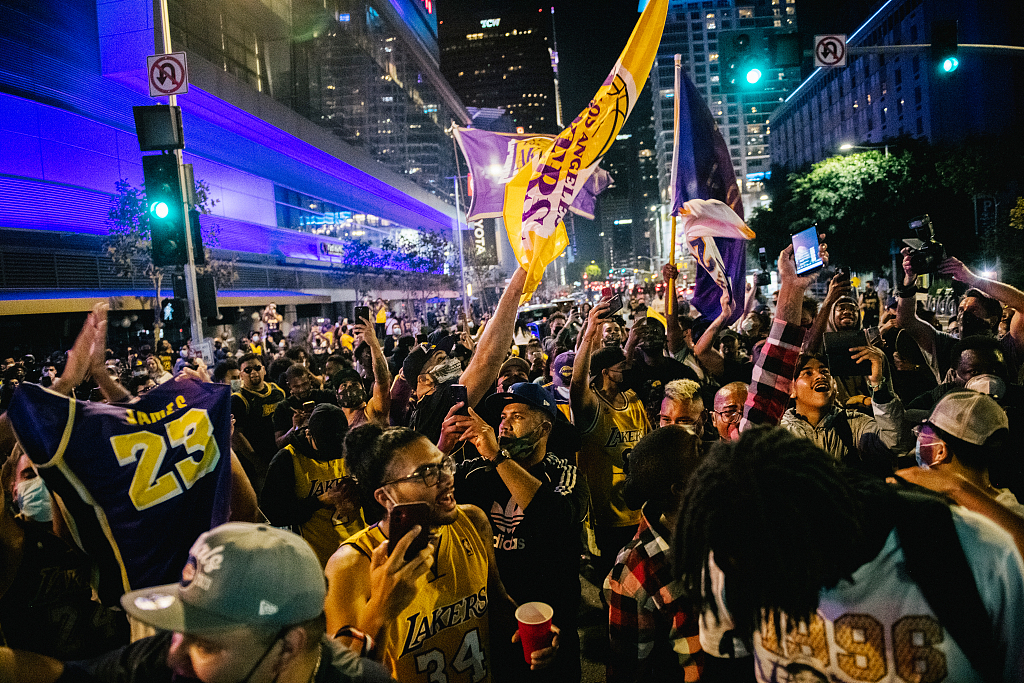 "What started out as a largely peaceful celebration of the Los Angeles Lakers' NBA championship in downtown Los Angeles, turned into confrontational, violent and destructive behavior late last night," the Los Angeles Police Department said in a statement on Monday.

It said that some 1,000 revelers gathered around the Staples Center, the Lakers' home arena, after the team dominated the Miami Heat 106-93 to win the record-equaling championship.  Neither the team nor the city have announced any plans to celebrate the players as they return home from the NBA bubble in Florida due to the COVID-19 pandemic. 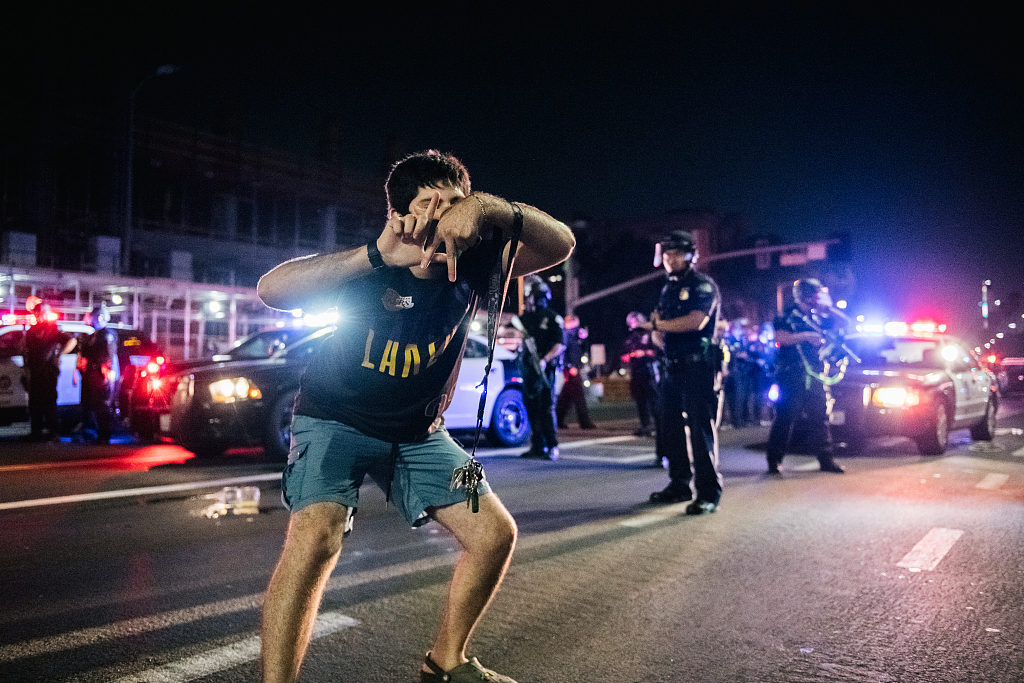 A Lakers fan spells LA with his fingers near the Staples Center in Los Angeles, California, October 11, 2020. /VCG

This is the first NBA championship for the Lakers since 2010, when Kobe Bryant guided the team to the fifth title of his era.  The Lakers dedicated their championship to Bryant, who was killed along with his daughter, Gianna, and seven others in a helicopter crash in January.