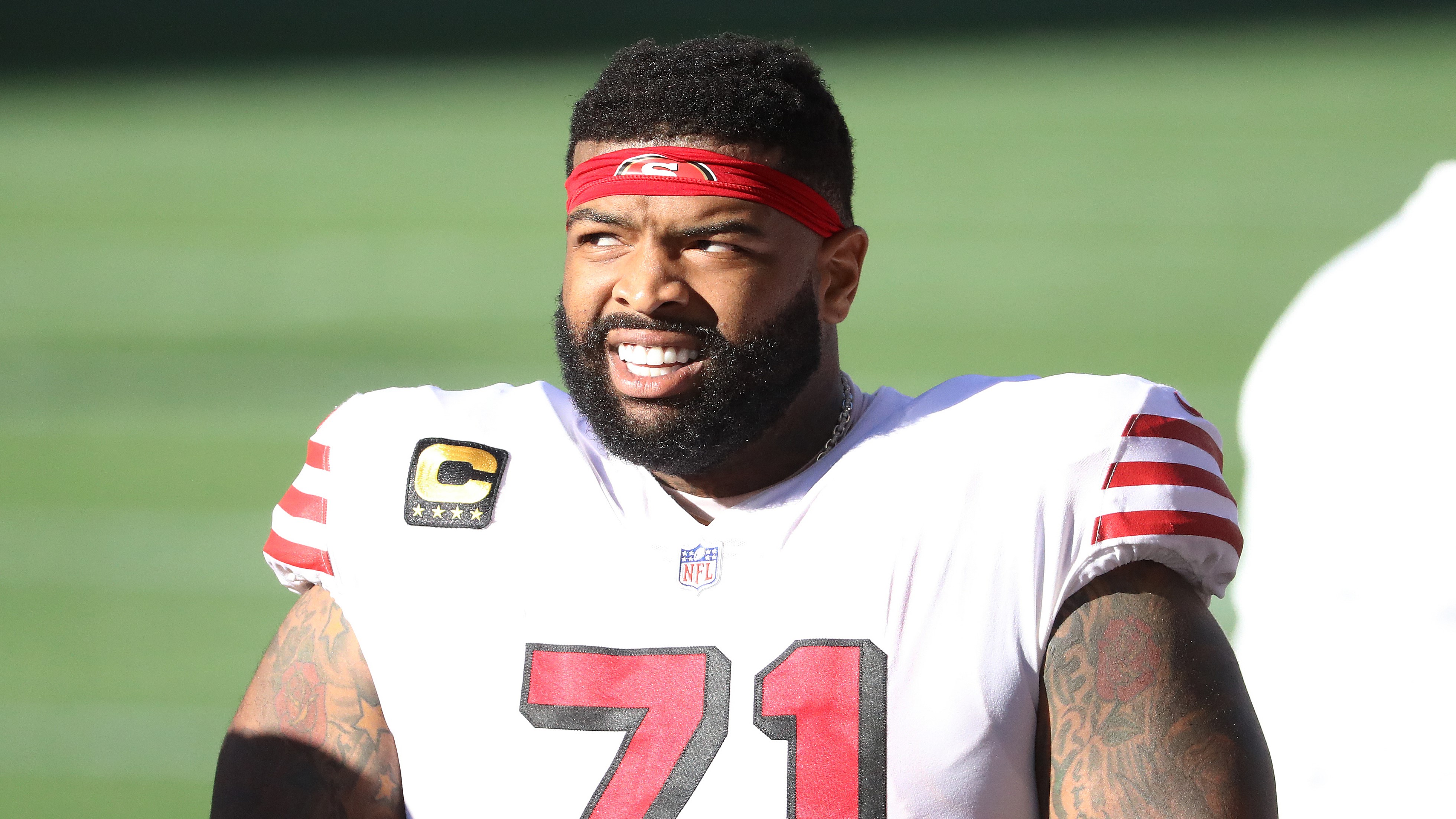 Offensive tackle Trent Williams of the San Francisco 49ers looks on before their game against the Seattle Seahawks at CenturyLink Field in Seattle, Washington, U.S., November 1, 2020. /CFP

The previous record was the four-year, $92 million extension signed by David Bakhtiari with the Green Bay packers in November 2020.

This year's NFL free agent market window opened on Monday, and the biggest difference this year is that teams have to deal with a lower salary cap. Though many are busy releasing players and restructuring deals, Williams still deserves extra attention as one of the biggest fish on the market. 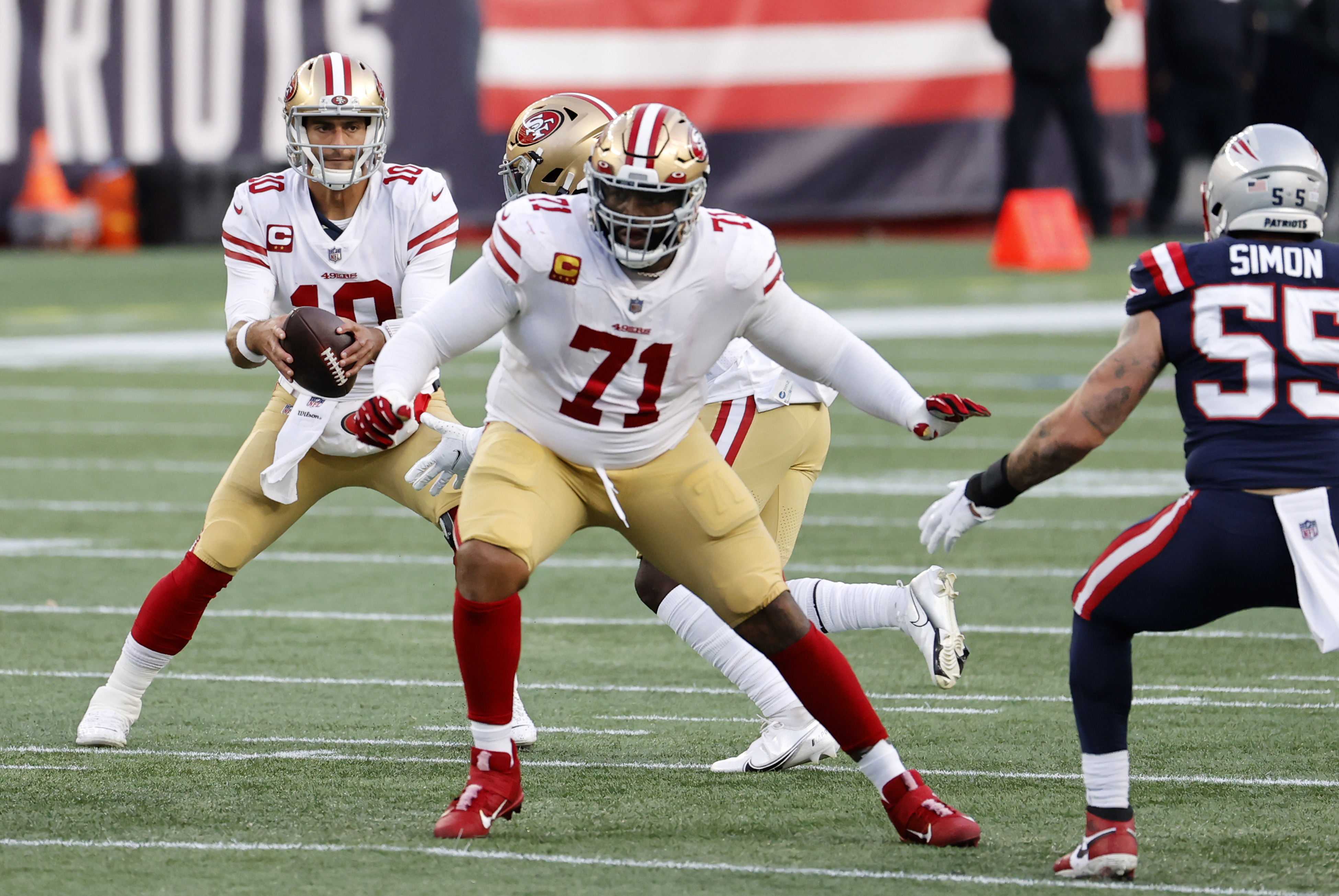 Offensive tackle Trent Williams of the San Francisco 49ers in the game against the New England Patriots, at Gillette Stadium in Foxborough, Massachusetts, U.S., October 25, 2020. /CFP

The 49ers introduced Williams on the third day of the 2020 NFL draft by sending a fifth-round pick and a 2021 third-rounder to the Washington Football Team.

Though he spent 2019 disputing with Washington over his injuries and contract, Williams made it back to the Pro Bowl last season. Furthermore, the 32-year-old also achieved a pass block rate of 93.6 percent, the fourth-best rating for the league's offensive tackles, following Andrew Whitworth of the Los Angeles Rams (94.2 percent), Duane Brown of the Seattle Seahawks (94 percent) and Billy Turner of the Packers (93.7 percent).

A no-tag clause was added to Williams' contract when he joined the 49ers. Though he said he's willing to stay with the team, he also made it clear that wanted to see how much an elite offensive lineman like him can make on the free agent market. 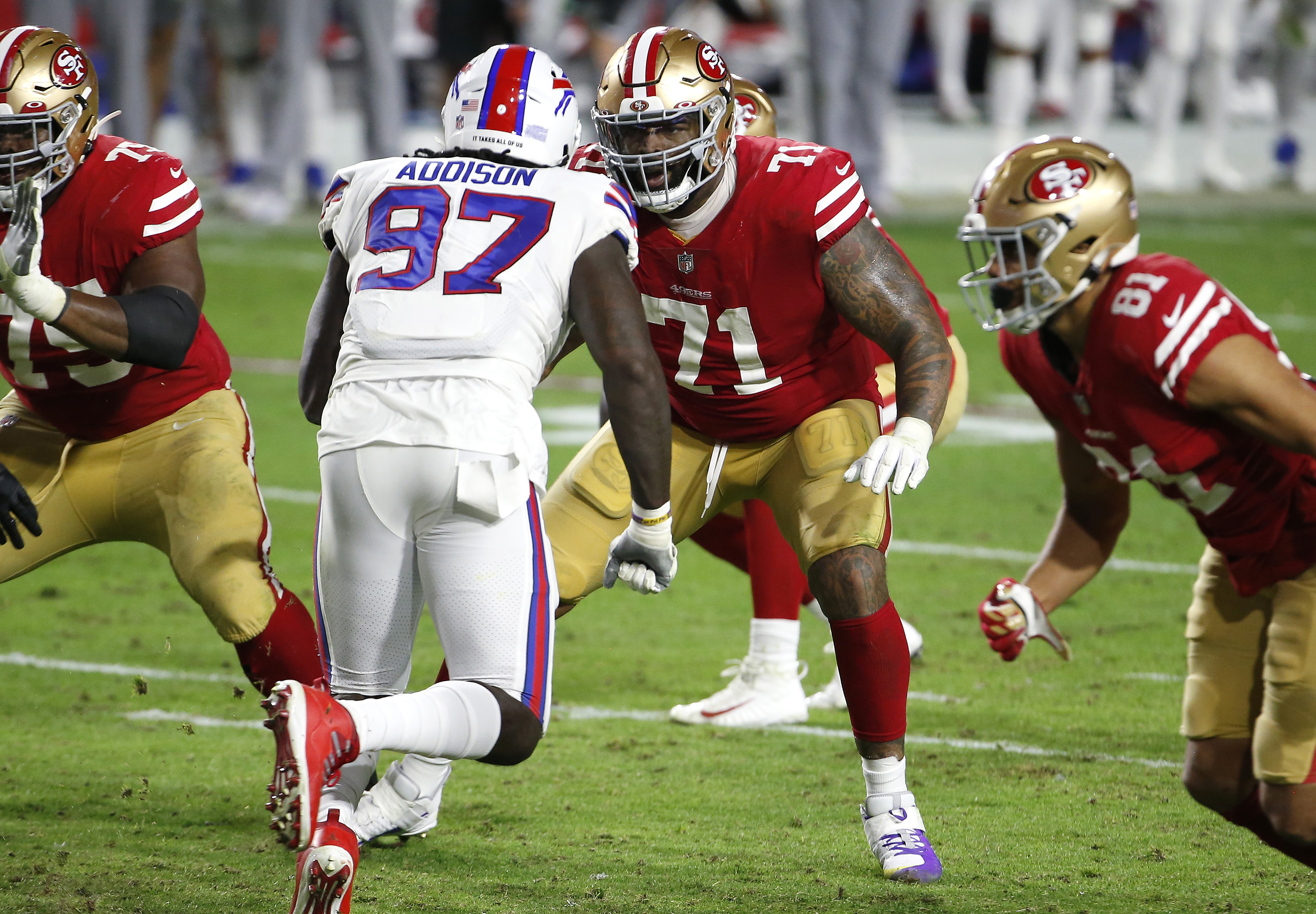 Offensive tackle Trent Williams of the San Francisco 49ers in the game against the Buffalo Bills at State Farm Stadium in Glendale, Arizona, U.S., December 7, 2020. /CFP

"San Francisco would be the leading candidate. So even if it does make it to free agency, it won't be because I'm trying to go somewhere else," Williams said in January. "It may simply be because I want to see my value. It's been 11 years in this league and I have yet to see a franchise left tackle go to the open market. I think it would be interesting to see what [my] value holds."

The Kansas City Chiefs and the Chicago Bears had negotiations with Williams, but he decided to stay at Levi's Stadium. The Chiefs signed Joe Thuney and the Bears signed Germain Ifedi.

Before Williams, the 49ers re-signed fullback Kyle Juszczyk and cornerback Jason Verrett. The team's next target should be free agent center Alex Mack, according to Russini.