Having edged out a 119-114 victory over the Golden State Warriors at home on Saturday, the Boston Celtics claimed their sixth consecutive win, which is their longest winning streak so far this season. Currently, they are No. 4 in the Eastern Conference after the Philadelphia 76ers, the Brooklyn Nets and the Milwaukee Bucks. Though the Celtics have made the Eastern Finals three times in the previous four seasons, this time, they don't seem competitive enough to challenge any of the top three teams in their conference.

This is the fourth season of the Celtics' young star duo, Jayson Tatum and Jaylen Brown, working together. It's also the eighth season of Brad Stevens coaching the franchise. It took the team three seasons to finish rebuilding and grow competitive again, which was quite impressive. However, the Celtics also did not expect that it would become so hard for them to go any further in the past two seasons.

Is it time for them to make a change? 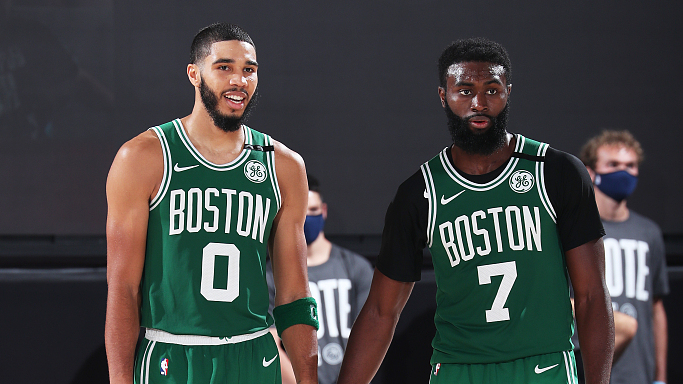 Jayson Tatum (#0) and Jaylen Brown of the Boston Celtics look on in Game 3 of the NBA Eastern Conference Finals against the Miami Heat at The AdventHealth Arena in Orlando, Florida, U.S., September 19, 2020. /CFP 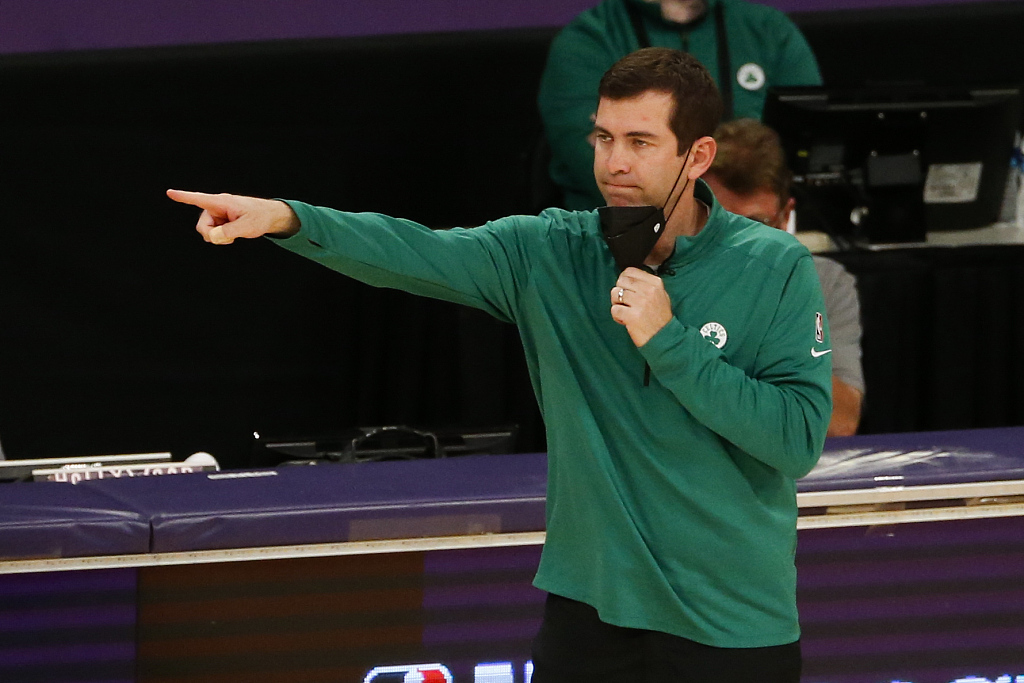 Brad Stevens, head coach of the Boston Celtics, gives instructions to his players in the game against the Los Angeles Lakers at Staples Center in Los Angeles, California, U.S., April 15, 2021. /CFP