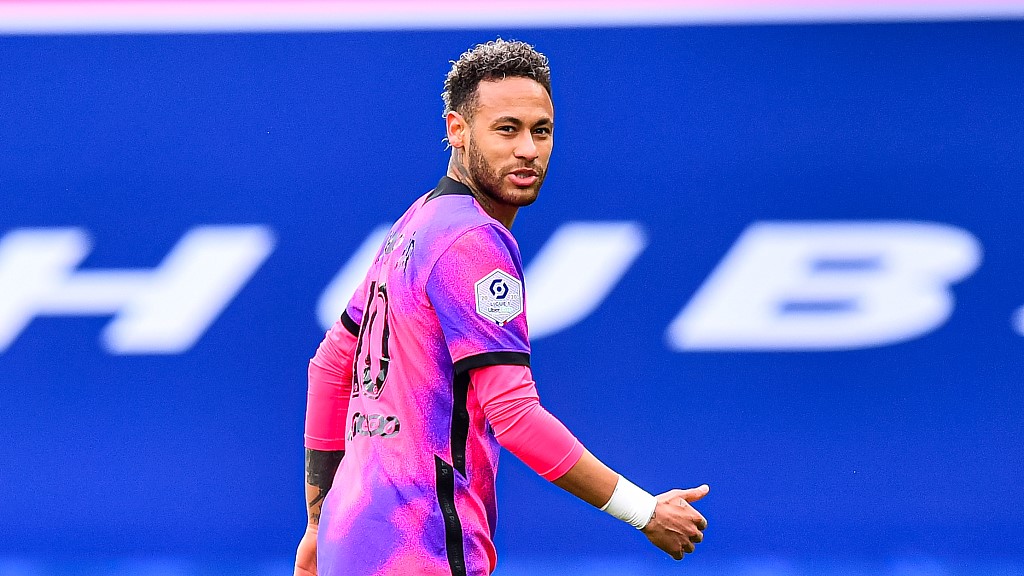 Neymar of Paris Saint-Germain looks on in the Ligue 1 game against RC Lens at Parc des Princes in Paris, France, May 1, 2021. /CFP

"Paris Saint-Germain is delighted to announce that Neymar da Silva Santos Junior has signed a contract extension for a further three seasons until 30 June 2025," said PSG in a statement.

"I'm really pleased to continue my adventure at Paris Saint-Germain. I'm very happy in Paris, and proud to be part of this squad, to work with these players, a great coach and to be part of the history of this club. These are things that make me believe even more in this great project. I have grown as a person here, as a human being and as a player, too. So I am very happy to extend my contract and I hope to win many more trophies here," said Neymar in the statement.

"The core of our ambitious project to grow PSG is the heart, talent and dedication of our players. I am proud that Neymar Jr has reaffirmed his long-term commitment to the PSG family through to 2025, and will continue to delight fans. We are very happy to see him continue as part of our project and to be alongside us for many years to come," said Nasser Al-Khelaïfi, Chairman and CEO of PSG. 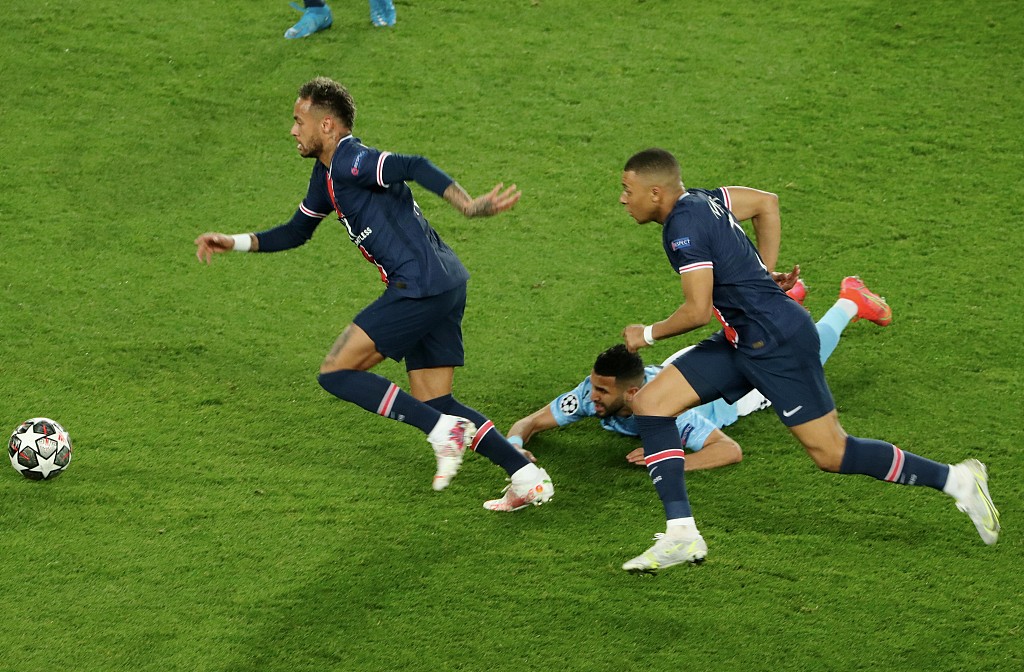 Neymar's annual salary will reportedly be 30 million euros (about $36.5 million) plus bonuses. He is currently 29 years old and, if he finishes the new deal, he will still be at the club aged 33. That means Neymar will give his best years to PSG.

It also means both Barcelona and their fans can kiss goodbye to their dream of having the Brazilian striker back.

Back in August 2017, PSG paid a world record 222 million euros (about $270 million) to bring Neymar from the Camp Nou to the Parc des Princes. He has scored 85 goals and racked up 51 assists in 112 games, helping the French giants win three Ligue 1 championships and two Coupe de France titles. Last season, PSG reached the UEFA Champions League final before losing to Bayern Munich.

Keeping Neymar is only the first step for PSG. Their other ace, Kylian Mbappé will see his contract expire in 2022. Moreover, they have a long list of key members waiting for new deals. The club have encountered new challenges in the 2020-21 season, including trailing to Lille OSC in Ligue 1 and being knocked out in the Champions League semifinals. It will takes top talents across the pitch to fix their problems and grow stronger.