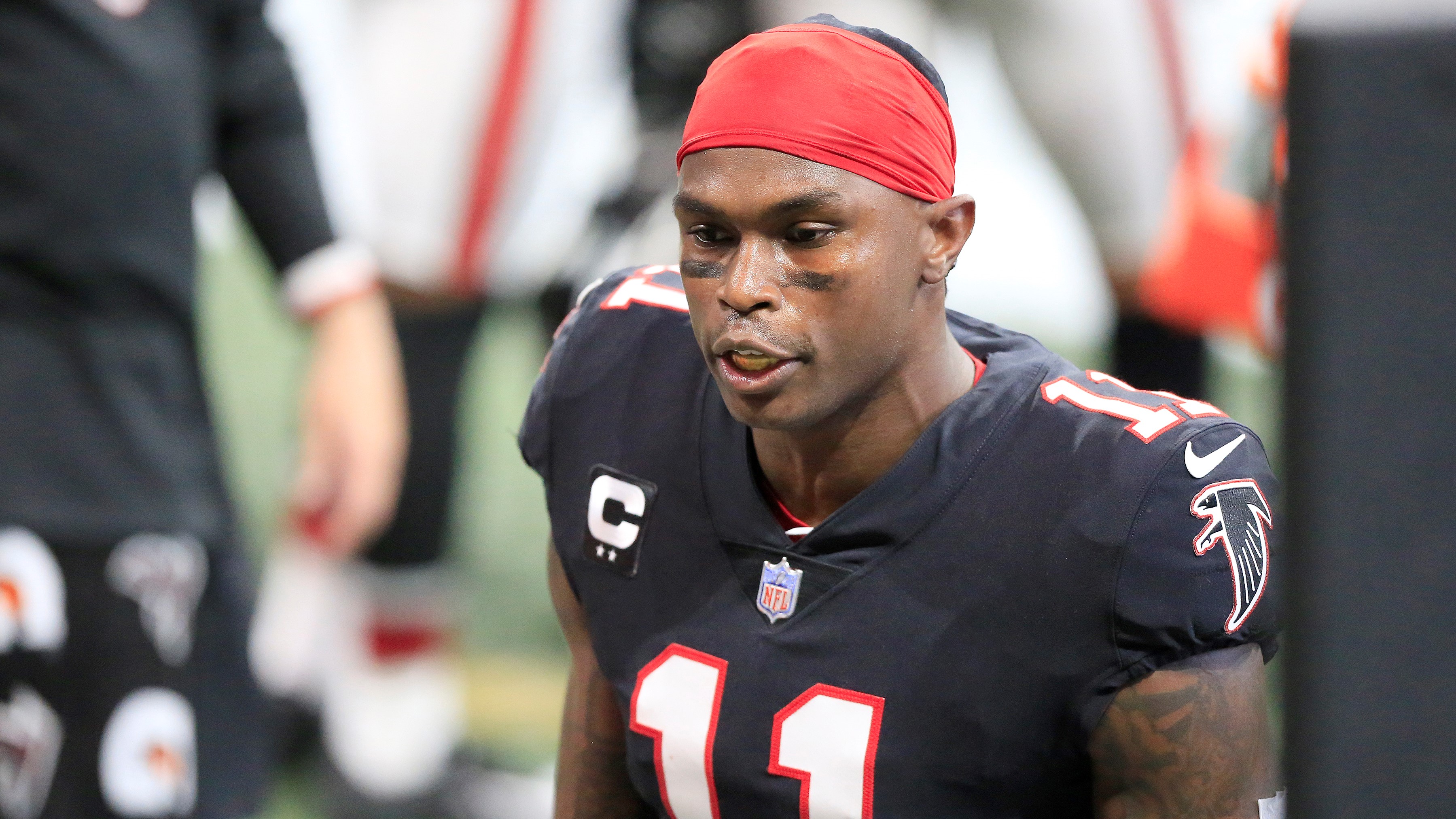 Wide receiver Julio Jones of the Atlanta Falcons looks on in the game against the New Orleans Saints at Mercedes-Benz Stadium in Atlanta, Georgia, U.S., December 6, 2020. /CFP

The Tennessee Titans reached an agreement with the Atlanta Falcons over the trade of seven-time Pro-Bowl wide receiver Julio Jones, reported ESPN.

The deal is pending a physical, according to the Titans, which will send a 2022 second-round draft pick and a 2023 fourth-rounder to the Falcons in exchange for Jones and a 2023 sixth-round pick.

"Excited to add Julio to the football team. He's excited to be part of what we've got going on in Nashville. It's a big day for our team," said Jon Robinson, general manager of the Titans, at the press conference on Sunday. 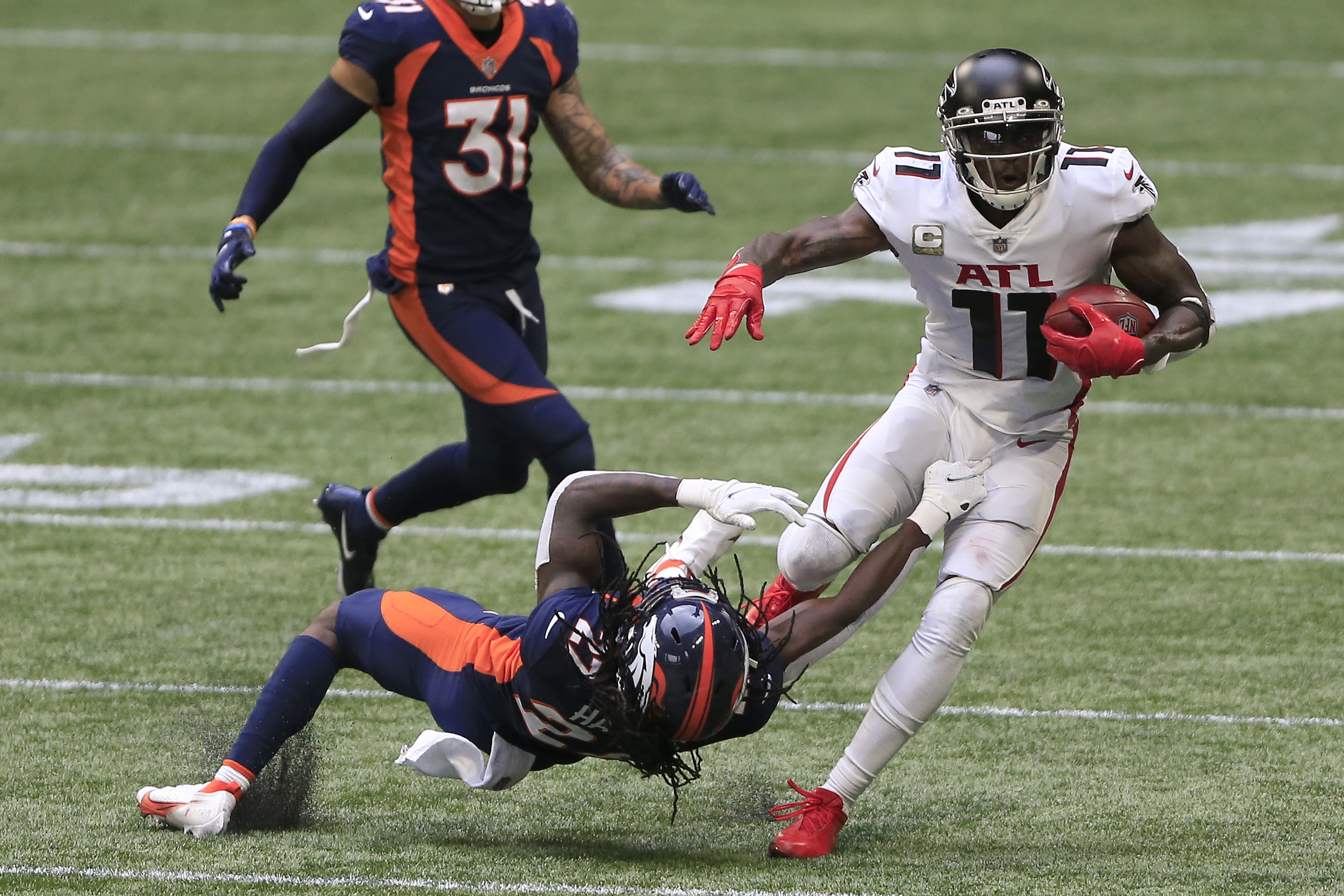 Wide receiver Julio Jones (#11) of the Atlanta Falcons runs with the ball in the game against the Denver Broncos at Mercedes-Benz Stadium, November 8, 2020. /CFP

Last month, the Falcons made it public that Jones was available for trade. Robinson said the moment he heard the news, he and the Titans' coaches began to evaluable how much Jones could help improve the team.

"He's big, he's fast, he's tough, he's great with the ball in his hands, a willing blocker. I think a lot of things that we ask of our receivers ... get open, catch and block – he certainly checks those boxes and has done it at a high level in the National Football League," said Robinson.

32-year-old Jones leads the Falcons history in catches (848) and yards (12,896), ranks second in touchdown receptions (63) after Roddy White. He averages 95.5 receiving yards per game in his career, which is the best in NFL history.

Last season, Jones achieved 51 catches for 771 yards and three touchdowns in nine games before he was ruled out for his lingering hamstring injury. 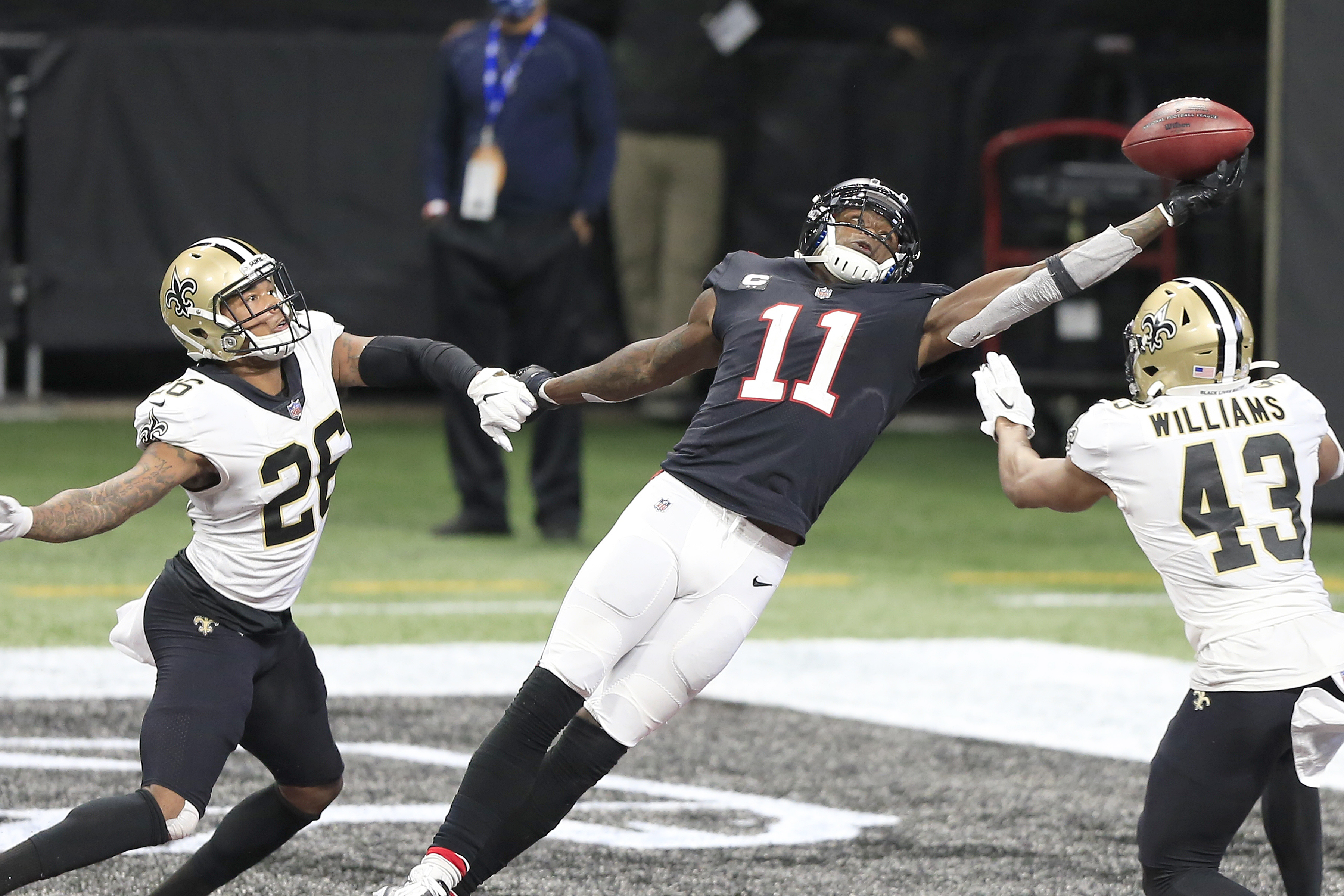 Wide receiver Julio Jones (#11) of the Atlanta Falcons catches the ball in the game against the New Orleans Saints at Mercedes-Benz Stadium, December 6, 2020. /CFP

"Julio Jones will always be part of the Falcons story, having set numerous records and creating many great memories for all our fans, including me, since the day we drafted him. He has been a fixture on our team for almost half the time I have owned the Falcons. As we both move in another direction, I'm deeply grateful for what Julio has done for our team and what he has meant to our city and, in my mind, he will always be part of the Falcons family. I wish him nothing but the best in Tennessee and throughout his life," said Arthur Blank, owner of the Falcons, in a statement.

The Falcons can save about $15.3 million of cap space, sending Jones away after June 1. The Titans, by contrast, will need to figure out how to fit Jones' contract under their salary cap. Robinson said they prefer to do it via contract restructuring instead of waiving players.