Three torchbearers wave after lighting the cauldron during the opening ceremony of the Tokyo Paralympics at the Olympic Stadium in Tokyo, Japan, August 24, 2021. /CFP

The Tokyo Paralympics officially began on Tuesday. The opening ceremony was held at the Olympic Stadium in Tokyo, with the concept of "We have wings."

Three huge red, blue and green balloons made the Paralympic logo in the air while dancers performed.

A total of 4,403 athletes from all over the world will compete in 539 events across 22 sports at the Paralympic Games between August 24 and September 5.

Though Afghan athletes had to quit competitions in Tokyo, the country's national flag still appeared at the ceremony to signify "solidarity and peace." 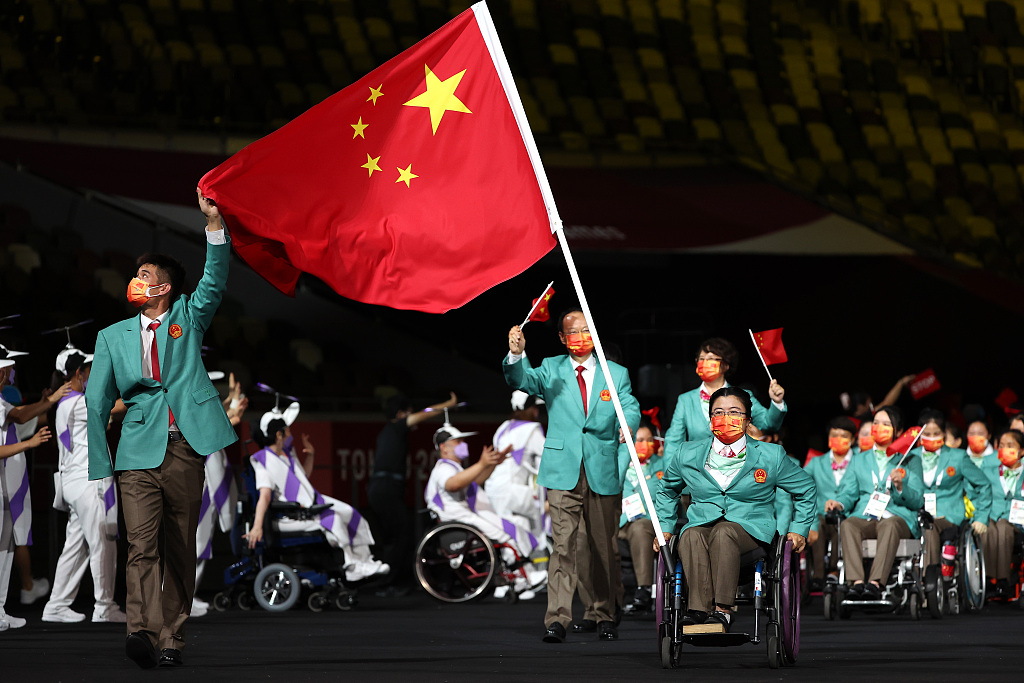 Chinese athletes at the opening ceremony of the Tokyo Paralympics at the Olympic Stadium, August 24, 2021. /CFP

China has sent 251 athletes to attend 341 events across 20 sports at the Paralympics. It is the biggest team China has ever sent to any Paralympic Games held outside its borders.

"Thank you for your hard work, dedication and perseverance in the face of the pandemic's many challenges to gather here in Tokyo. Para athletes testify to our infinite potential as human beings, and to our power to go beyond our limits. Please give us hope and the strength to stand tall as we witness all you have overcome to reach this stage," said Hashimoto. 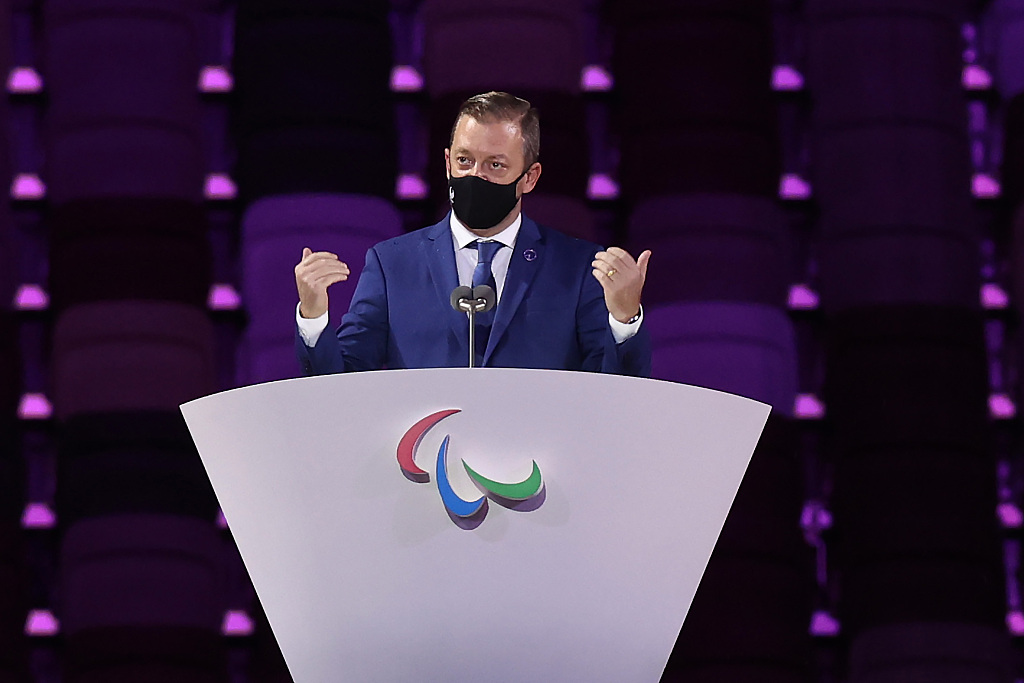 Andrew Parsons, president of the International Paralympic Committee (IPC), speaks at the opening ceremony of the Tokyo Paralympics at the Olympic Stadium, August 24, 2021. /CFP

"Difference is strength," said Parsons who called the Paralympics the "most important" in history.

After their speeches, Japanese Emperor Naruhito announced the opening of the Paralympic Games in Tokyo.