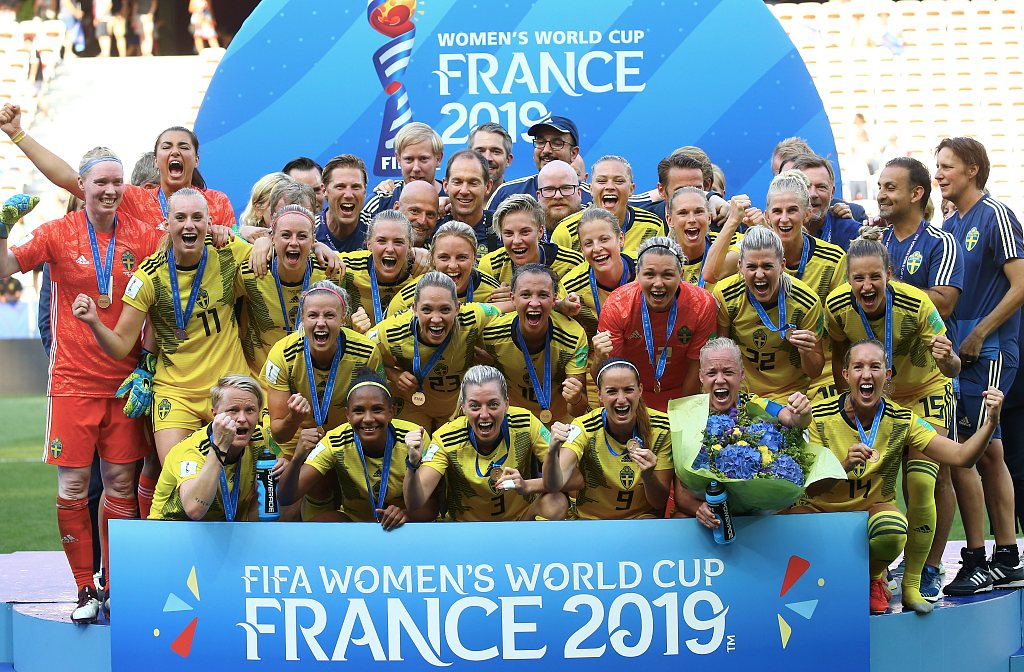 Sweden benefited from poor defending and the video assistant referee (VAR) to beat England 2-1 in the women's World Cup third-place playoff match on Saturday.
Early goals from Kosovare Asllani and Sofia Jakobsson were enough to see off Phil Neville's side, who pulled one back through Fran Kirby and had an Ellen White equalizer ruled out for handball.
Sweden, captained by Caroline Seger making her 200th international appearance, won the last meeting between the two nations 2-0 and began where they left off from that friendly in November.
After 11 minutes, England defender Alex Greenwood failed to clear a cross into the box and Asllani pounced to unleash a fierce shot at goal. Goalkeeper Carly Telford got a hand to it but the ball flew in.
They doubled their lead ten minutes later when England stood off Jakobsson, allowing the Montpellier forward to drive into the box and curl the ball expertly around defender Steph Houghton and past the diving Telford.
England regrouped and after half an hour they halved the deficit when Kirby dribbled from the right into the penalty area, cut on to her left and curled the ball in off the far post.
Barely two minutes later, they thought they had equalized when White, chasing the golden boot award on six goals, chested down a cross, held the ball up and poked it under Sweden keeper Hedvig Lindahl.
However, it was ruled out after a VAR review with White judged to have controlled the ball with her arm. 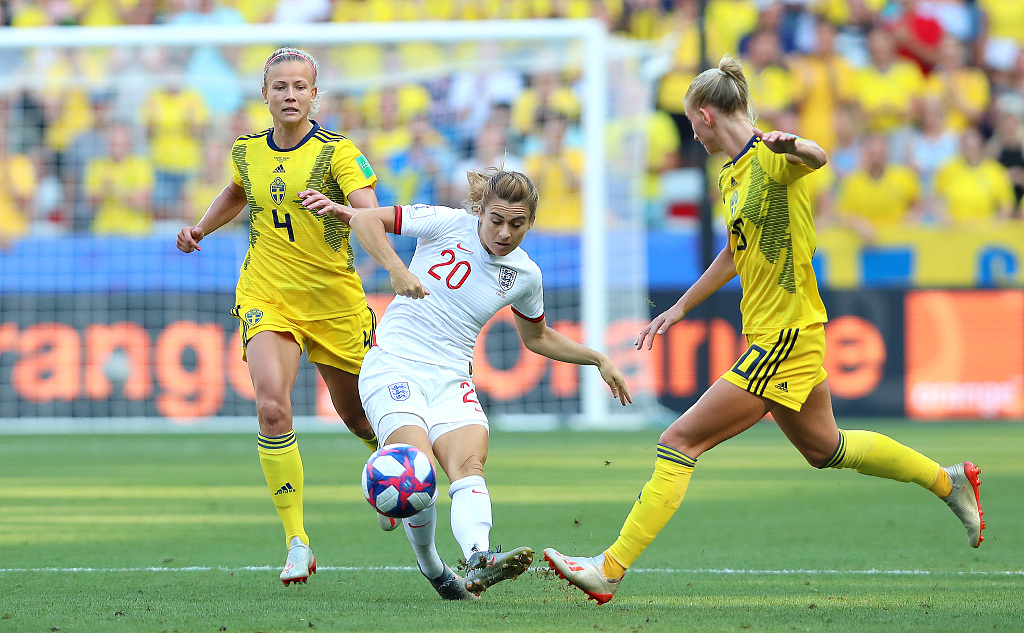 Winger Karen Carney came on for Nikita Parris in the 74th minute to make her final appearance in an England shirt having announced on Friday she would retire after the match.
However, she was unable to help her team claim a second successive third-place finish at the World Cup, with Sweden clinching their third bronze medal.
Sweden coach Peter Gerhardsson said winning a bronze medal was a "huge difference" to finishing fourth.
"It's more about the way we won. There were so many good performances, incredible moments. I thought it was very important to win," Gerhardsson said.
"We fought incredibly hard in the second half. I got the impression it was like an old boxing match.
"Above all, the players' way of tactically, mentally and physically tackling it was amazing. There were several leaders out on the pitch who contributed to players who were not as experienced."
England coach Neville said his team may have been fighting the disappointment from their 2-1 defeat by the U.S. in the last four, where they also had an equalizing goal ruled out by VAR.
"Well done to Sweden but it is a nonsense game," Neville said.
"I think maybe there was carry on from the semifinal - the emotion. The two goals sparked us into life and I don't think I have seen us play better than we did after those first 20 minutes," Neville added.
"We gave it our best shot, we fell short and we just have to make sure next time we are better."