On February 22, 2021, Cong Peiwu, Chinese Ambassador to Canada gave a live interview to CPAC on the Xinjiang-related motion of the House of Commons of Canada. 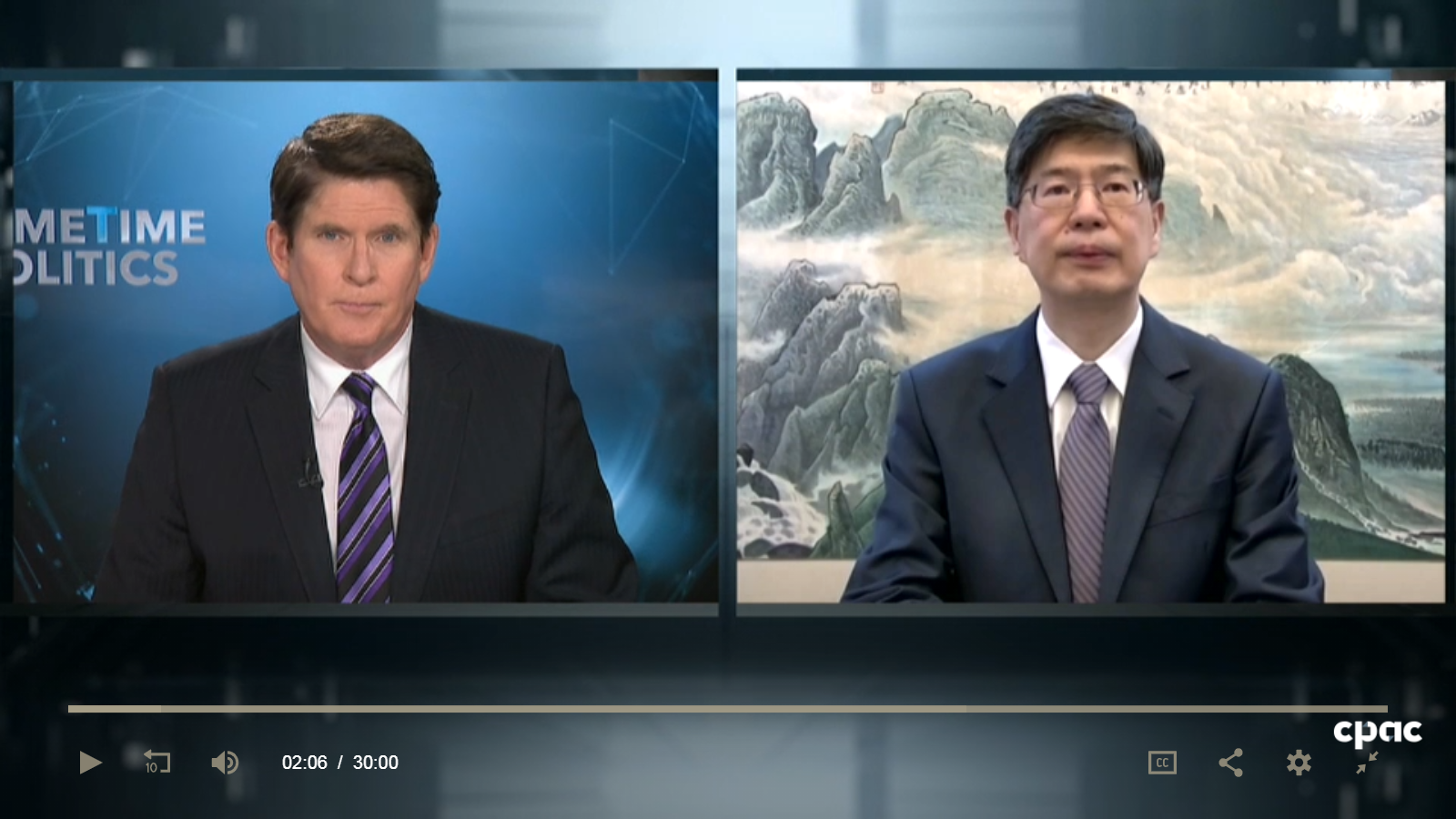 Ambassador Cong Peiwu said, we strongly condemn this motion. I would like to point out that spreading lies and defending human rights run counter to each other. Some people in Canada and Western countries have been hyping up lies of the century on Xinjiang-related issues. There is no so-called "genocide" in Xinjiang at all. Over the past 60 years and more, the average life expectancy of people in Xinjiang has grew from 30 to 72 years. From 2010 to 2018, the population of the Uyghurs in Xinjiang rose from 10.17 million to 12.72 million, an increase of 2.55 million or 25%, which is higher than the 14% increase of the whole Xinjiang population and much higher than the increase of the Han population, which stood at 2%. How is it anyway "genocide"? We welcome fair-minded foreigners to visit Xinjiang. At the same time, we are firmly opposed to any interference in China's internal affairs by any country or individual under the pretext of human rights, and to the hyping-up of the so-called "investigation" in Xinjiang by anybody based on the presumption of guilt. Since 2018, more than 1,200 people from over 100 countries have visited Xinjiang, including UN officials, foreign diplomatic posted in China, journalists, and religious groups. They saw with their own eyes a region thriving with stability and prosperity. We also strongly object to part of the motion related to the Beijing Winter Olympic Games. Some people in Canada and Western countries are politicizing sports, which goes against the spirit of the Olympic Charter. The Beijing Winter Olympic Games have been highly recognized by the international community, including the International Olympic Committee. Both the Canadian and United States Olympic committees have expressed support to the Beijing Winter Olympic Games.

Ambassador Cong Peiwu said, the Chinese side urges the Canadian side to discard prejudice, respect facts, correct mistakes, stop interfering in China's internal affairs under the pretext of Xinjiang-related issues, and avoid taking actions that will further damage China-Canada relations. The Chinese side will take resolute measures to safeguard its national sovereignty, security and development interests. Any attempt to hinder China's development through Xinjiang-related issues will never succeed.

CPAC Canada was founded in 1992. It is a television channel devoted to the coverage of public and government affairs and parliamentary agenda with an audience of about one million.