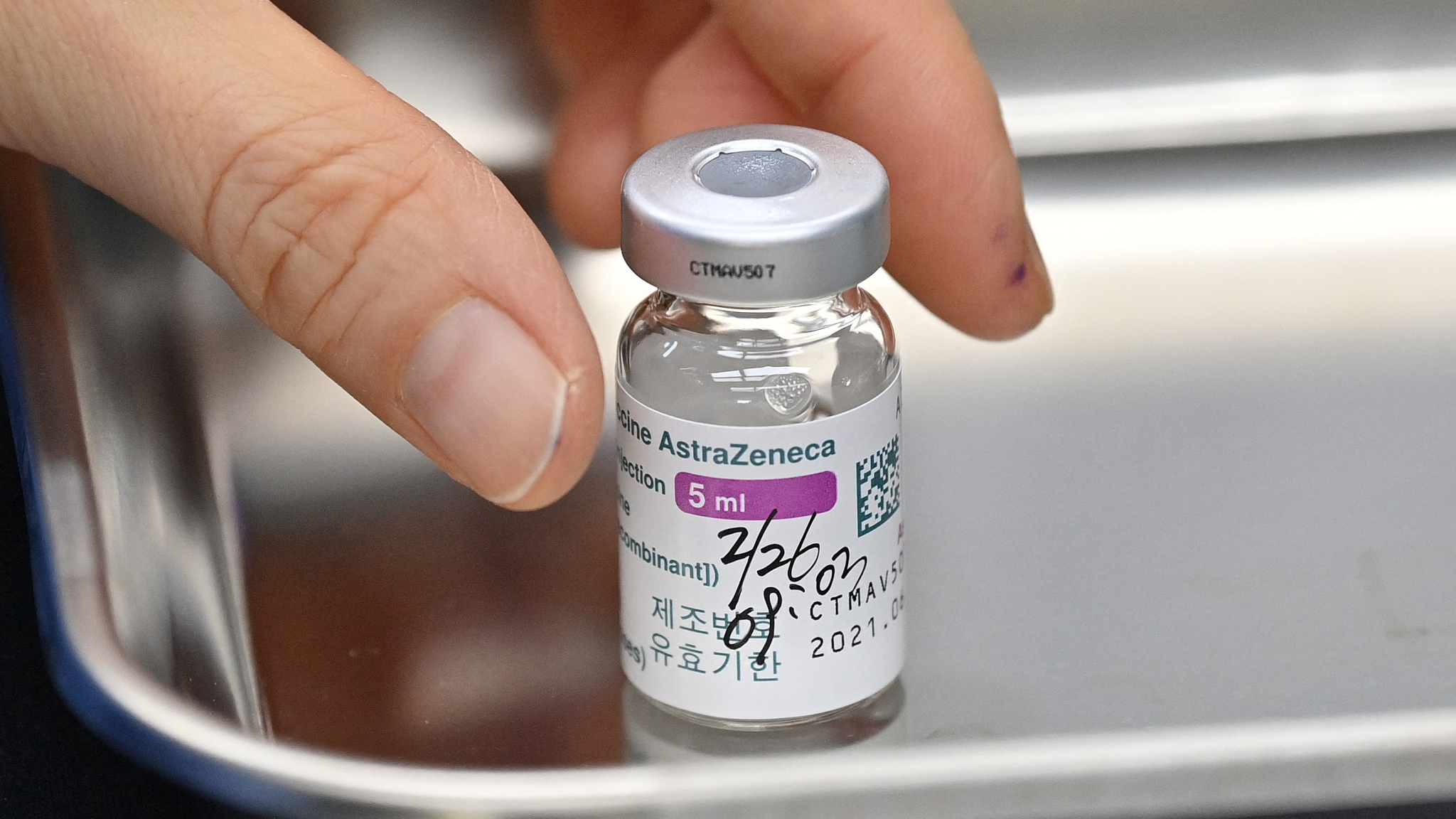 FILE PHOTO: A nurse prepares to administer a dose of the AstraZeneca COVID-19 coronavirus vaccine at a health care. /VCG

Britain's Medicines and Healthcare products Regulatory Agency (MHRA) said the benefits of AstraZeneca's COVID-19 vaccine far exceeded any potential risks despite there being five cases of a rare type of blood clot in the brain among 11 million people who received the vaccine, according to the report from Reuters.

The MHRA, Britain's medicines regulator, added that use of the vaccine should proceed while investigations are conducted.

"There is no evidence that blood clots in veins is occurring more than would be expected in the absence of vaccination, for either vaccine," June Raine, MHRA Chief Executive, said in reference to AstraZeneca and Pfizer vaccines.

According to Raine, there had been a very small number of reports of an extremely rare form of blood clot in the cerebral veins (sinus vein thrombosis, or CSVT) occurring together with lowered platelets soon after vaccination.

"Given the extremely rare rate of occurrence of these CSVT events among the 11 million people vaccinated (with AstraZeneca), and as a link to the vaccine is unproven, the benefits of the vaccine in preventing COVID-19, with its associated risk of hospitalization and death, continue to outweigh the risks of potential side effects," she said.

MHRA's Vaccine Safety Lead Philip Bryan noted that there had been one fatality from the reported cases which were all among men aged between 19 and 59.

The MHRA said anyone with a headache that went on for more than four days after vaccination, or bruising beyond the site of vaccination after a few days, should seek medical attention.

A number of European Union and non-EU countries have fully or partially suspended the use of the vaccine, developed by British company AstraZeneca and the University of Oxford, following reports of several suspected deaths from clotting after vaccinations.