Formula One is set for a record-breaking weekend when the Nuerburgring hosts the first Eifel Grand Prix on Sunday, with six-time world champion Lewis Hamilton having a second go at matching Michael Schumacher's 91 career wins, while Kimi Raikkonen will line up for his 323rd Grand Prix start after equaling Brazilian Rubens Barrichello's record in Russia two weeks ago.  The Finnish 'Iceman,' 40, made his Formula One debut with Sauber in 2001 and is now the oldest man in the race. "Record or not, I am approaching this weekend as any other because once you're in the car, it's pretty much the same," said Alfa Romeo driver Raikkonen, 2007 world champion with Ferrari. 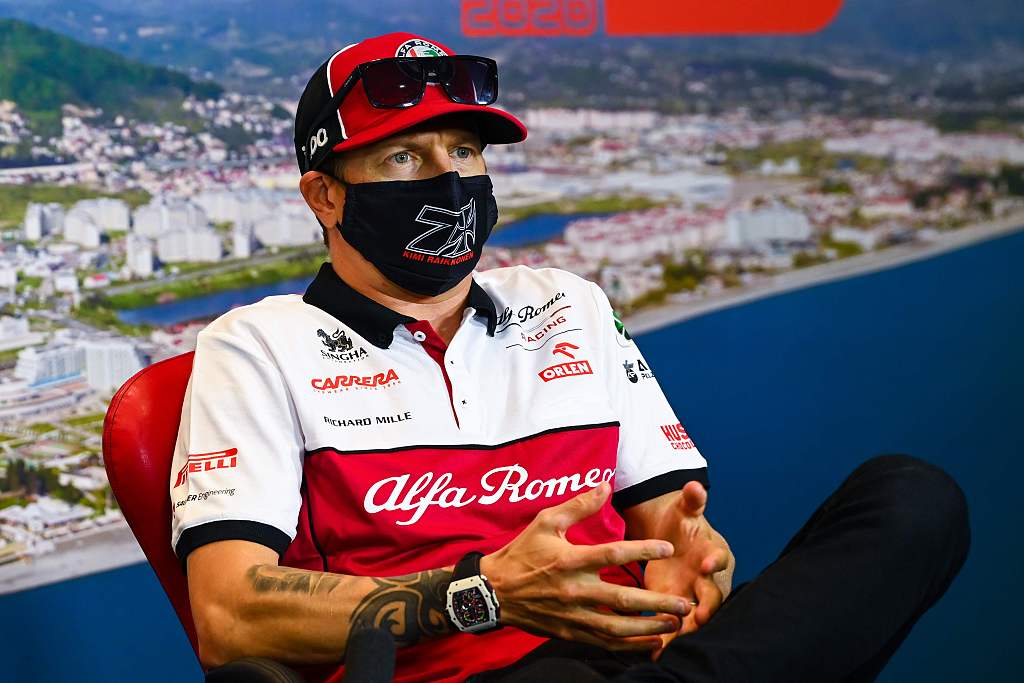 "It's not something I care about, not really," he added. "If someone asked me about the number of races, I would have no idea. I'm here because I like to drive. I still enjoy it."  Fernando Alonso is third on the list of Grand Prix starters with 311 with Michael Schumacher just behind him on 306, winning five times at the Nurburgring  Meanwhile, Michael Schumacher's son Mick Schumacher, 21, leader of the Formula Two series, will run in opening practice for the Ferrari powered team.   He is a member of the Ferrari junior academy and is widely tipped to join Alfa Romeo next year — possibly alongside Raikkonen.  Meanwhile, Hamilton won at the Nuerburgring with McLaren in 2011 — the 16th of his 90 victories to date — and the race, brought back to fill gaps in a COVID-19 ravaged calendar, is a home one for his Mercedes team. 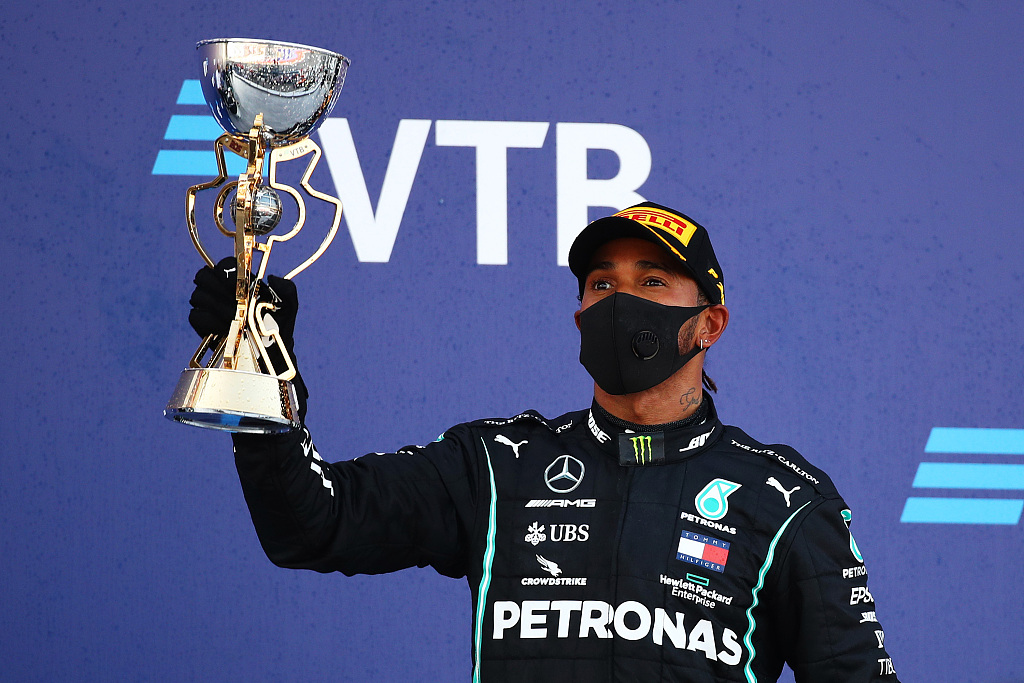 Third placed Lewis Hamilton of Great Britain and Mercedes GP celebrates on the podium during the F1 Grand Prix of Russia in Sochi, September 27, 2020. /VCG

The Nuerburgring has not hosted a Formula One race since 2013, when Sebastian Vettel won on his way to a fourth championship with Red Bull.  The Briton has a 44 point advantage over teammate Valtteri Bottas after 10 races and will be fancied to extend that if he can stay out of trouble with the stewards after being punished in Sochi for his practice starts.