The worst omens are the ones only revealed in hindsight. During the ceremonial face-offs at the UFC 259 weigh-ins, defending UFC Bantamweight champion Petr Yan and Aljamain Sterling got into a bit of trash talk. Viewed by the cameras away from the stage, at some point Yan stops talking and starts miming while Sterling can very clearly be seen confused, saying "What?" That's because Petr Yan, born and raised in central Russia, barely speaks a word of English.

MMA is one of the few truly international sports so that isn't a surprise, nor, for his entire career up to the fourth round of his title defense against Aljamain Sterling at UFC 259, was it a problem either.

For the first three rounds, Yan was fighting with championship mentality. Sterling is a volume fighter who comes on strong and also mixes his offense up in a genuinely unorthodox way; his backpack choke on Cory Sandhagen at UFC 250 on June 7, 2020, worked because it was legitimately surprising.

He used this type of offense on Yan. Kicks to set up punches, constant rebounding level changes, using both legs on the ground to Anaconda a standing opponent; Yan weathered it with his fast footwork and high boxing guard knowing full well Sterling's entertaining attack was sapping his own tank. 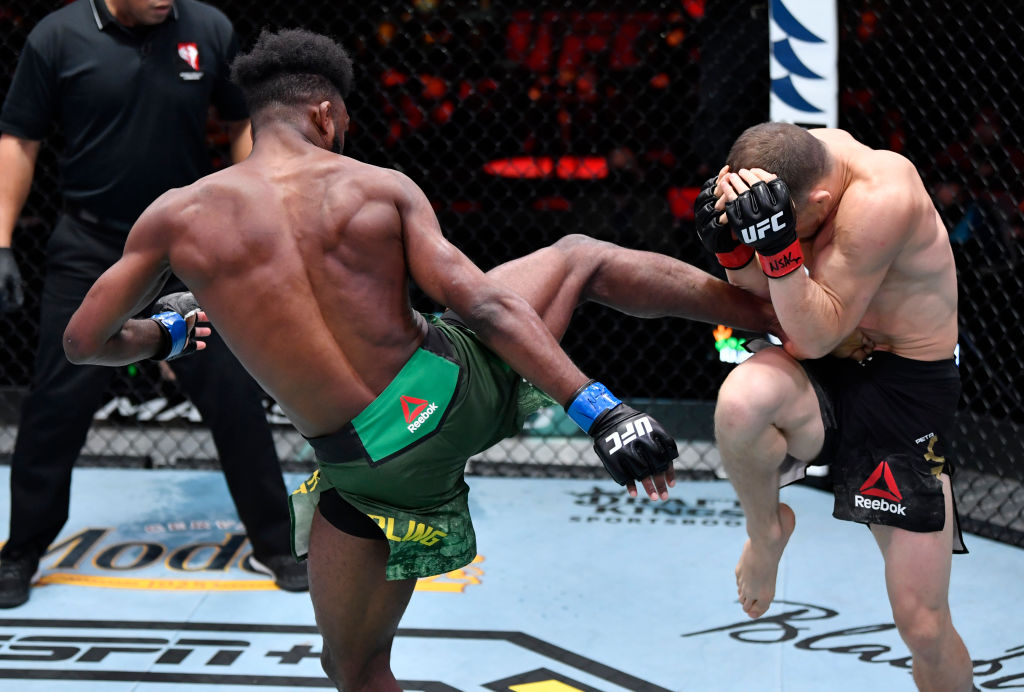 In contrast, any time Yan did anything, it was simple – often painfully slow. A four-hit combo from Sterling would get parried and blocked, then Yen would throw one stinging jab and visibly do more damage. By the second and third rounds, these had evolved no further than quick one-twos. He didn't need to.

As Sterling started to tire, Yan added takedowns to his gameplan; these were just as effortless. As some were modified as trips, UFCstats.com doesn't list them all, however he is listed as completing seven with a 100 percent TD success rate in the fight. Sterling landed one at the start and then was too tired to get Yan to the ground on his successive 16 attempts.

It was a dominant performance from Yan, accused by his challenger of being a "paper champion." Sterling wasn't terrible either. He put out significantly more strikes, his issue, as diagnosed by striking expert Trevor Whittman, was that he was trying too hard to be flashy.

Then everything went bad.

Toward the end of Round 4, Yan swept Sterling and as he was scrambling back to his feet, the champ kneed him square in the face. According to the unified rules of MMA that UFC adheres to, a knee strike or kick to the head of an opponent who is "down" – which means both of their knees are touching the mat – is illegal. From there, the referee has to stop the fight and see if the person on the receiving end of the illegal strike can continue; if yes, the perpetrator is docked a point, if no, it is waived off as a disqualification.

Sterling, unable to stand, unclear as to where he was, unsure of how he ended up in this position, was obviously concussed and the UFC ring doctor waived off the fight. Once again, the law had to be referred to and, under those same unified rules of MMA, the championship can change hands on a DQ meaning Aljamain Sterling is now the UFC Bantamweight champion. 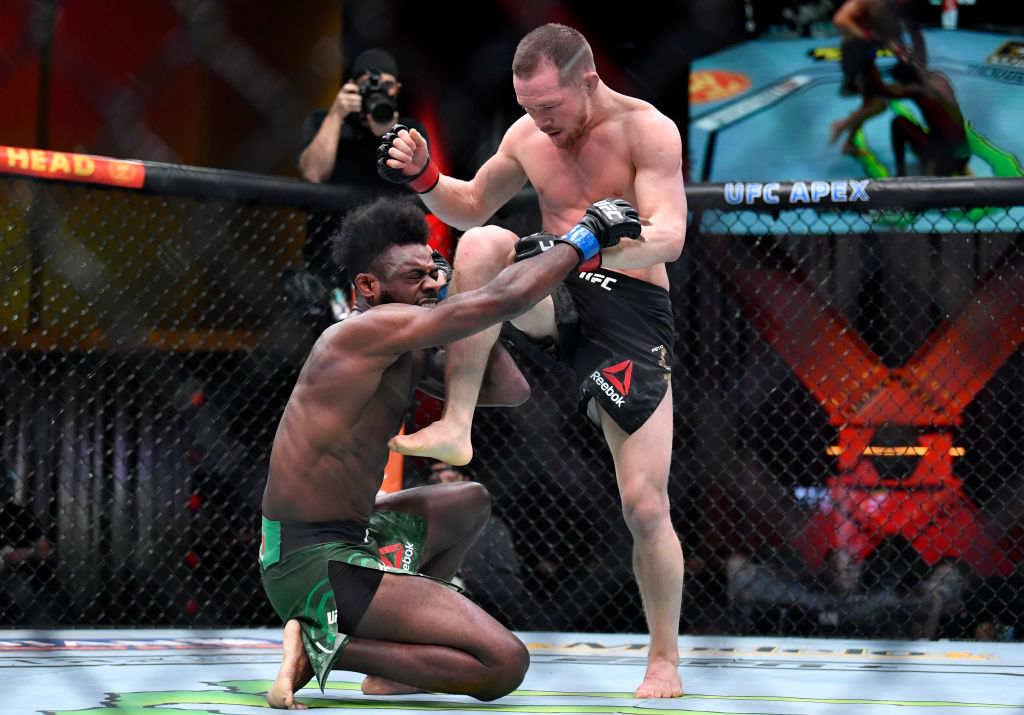 Petr Yan knocks Aljamain Sterling out with an illegal knee during the UFC Bantamweight championship bout at UFC 259 at the UFC Apex in Las Vegas, Nevada, U.S., March 7, 2021. /Zuffa

The UFC should have ended it there. Instead, Dana White went into the Octagon to crown this absurd new champion; Sterling removed the belt, dropped it on the ground and then burst into inconsolable tears. Yan, who had spent the past few minutes looking around with no idea what was happening, walked out of the Octagon at this point and left them to it.

When Sterling regained his composure he – against the advice of his team – took a post-fight interview with commentator Joe Rogan. Glassy-eyed and upset, he rambled, apologizing for this poor performance up to that point and wanting to win the belt properly in the future.

At this point, the commentators received a message explaining what happened. According to Khabib Nurmagomedov, who was there to coach Islam Makhachev in an earlier bout, when referee Mark Smith told Yan that Sterling was "downed," Yan asked his corner in Russian what he should do. One responded to punch, the other to kick, so he went for what would be more damaging.

It's one thing to commit a foul intentionally, it's another to do it accidentally. To be coached into a championship-losing disqualification due to language confusion is something else entirely. There will be a rematch between these two as soon as Sterling is fit and healthy. In the meantime, maybe Yan should get some English tutoring.